Valle Sagrado de los Incas, in English better known as the Sacred Valley, became famous for its tracks left by its old inhabitants, the Inca’s. The Urabamba river meanders through steep hillsides, covered with old Inca ruins, dreamy small villages and the busy market of Pisac. Just some further, you can find wide saline fields of Salineras de Maras,  and the ”Inca-lab” of Moray.

The third tour to Sacred Valley is for people who have some less time and want to move fast! In a half of a day you discover Moray, Ttiobamba temple and Salineras de Maras and in the meantime you cross across Peruvean roads with your own Quad Bike!

The last option of visiting Sacred Valley is during a combination tour with Machu Picchu. In just 2 days you get to see both of these cultural highlights. Take a look at the link. 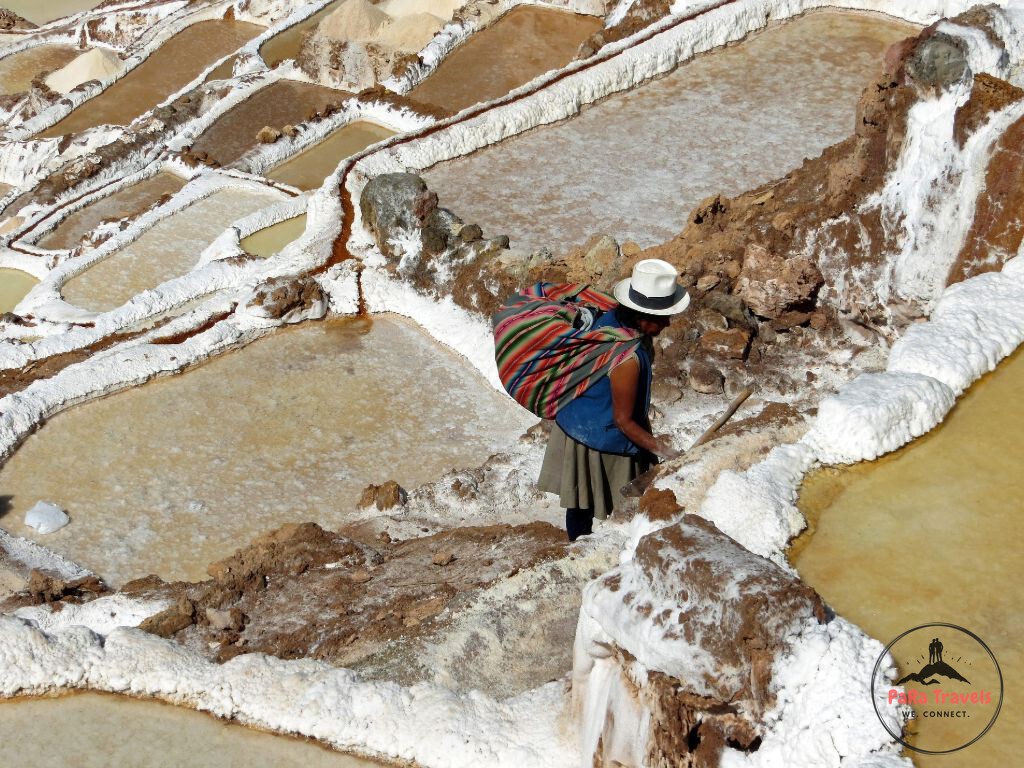 Around 6:45 a.m., there is a small meeting in the office that takes approximately 15 minutes. At 7 a.m., we head to Chinchero.

First of all, we will head to Chinchero, a picturesque town in the valley. It’s known for its agricultural terraces and Inca ruins. We continue our journey to Moray, thought to be an old laboratory. With its circular terraces it has a unique appearance. It was built for agriculture purposes, which can be seen to its irrigation canals. Most probably, the terraces where used for acclimatization and hybridization of wild plant species, as the temperatures varies on top and bottom of the terraces.

Afterwards, we visit Salineras de Maras. Salineras are protuberances of salt, or salt mines. As the name suggest there is a lot of salt forming, which is also still extracted in an artisanal way. The mines are build on the side of the mountain “Qaqawiñay.” During the dry season, every 3 days the mines are filled with salt water formed by local springs. As the water evaporates, the salt gradually solidifies. After a period of around 1 month, there is enough salt stacked up to extract.

After visiting Maras we make our way to the citadel of Ollantaytambo. This city was originally made to guard the entrance of the valley, probably from invasions of jungle inhabitants. We will walk through the streets of the town and thus have a clear idea of how this military, religious and cultural center was during the Inca empire.

After this city we head to Pisaq, the center of administration of the lands of the sun, lands of the Inca and lands of the people. It’s famous for their textile and its sight dominance over the sacred valley.

During the tour we stop for lunch at a local restaurant in the Sacred Valley of the Incas, overlooking the Urubamba River. The tour ends around 7 p.m. in Cusco.

Places that we visit
Included for you
Not included

*This has to be paid in cash during the tour.

We start with a 15 minute meeting in the office, which starts around 8:45 a.m. The bus leaves around 9 a.m. to start our journey to the Sacred Valley of the Incas. During the tour we will make a stop to have an impressive view of the Vilcanota River that meanders through crop tapestry.

We will continue until we arrive at the Archaeological complex of Pisac, one of the important centers that also guarded the Capital of the ancient Empire.

While ascending, we will be able to observe the spectacular terraces that owns this place. Pisac is confirmed by diverse districts, those that distinguish are the ones of Qanturaquay, Intihuatana or Solar Clock and Tanqanamarka. After visiting the archaeological site we will go to the colorful market of Pisac, where we will have free time to interact with the villagers and artisans, and buy some souvenirs.

Continuing with the trip, we will stop in Urubamba to enjoy lunch in one of the local restaurants. Later, we will visit the Archaeological Complex of Ollantaytambo, known as the ‘Inca Living Village’. This place, with their Incas terraces, reservoirs of food and intact houses, welcomes us with its mystery and gives us the feeling that time has not passed since the living of the Incas. Furthermore, it emphasizes the monoliths of pink granite, elaborated with impressive perfection.

Finally, we will go to the village of Chinchero, where we will have an explanation about this archaeological complex. We will be back in the city of Cusco approximately at 7:30 p.m. 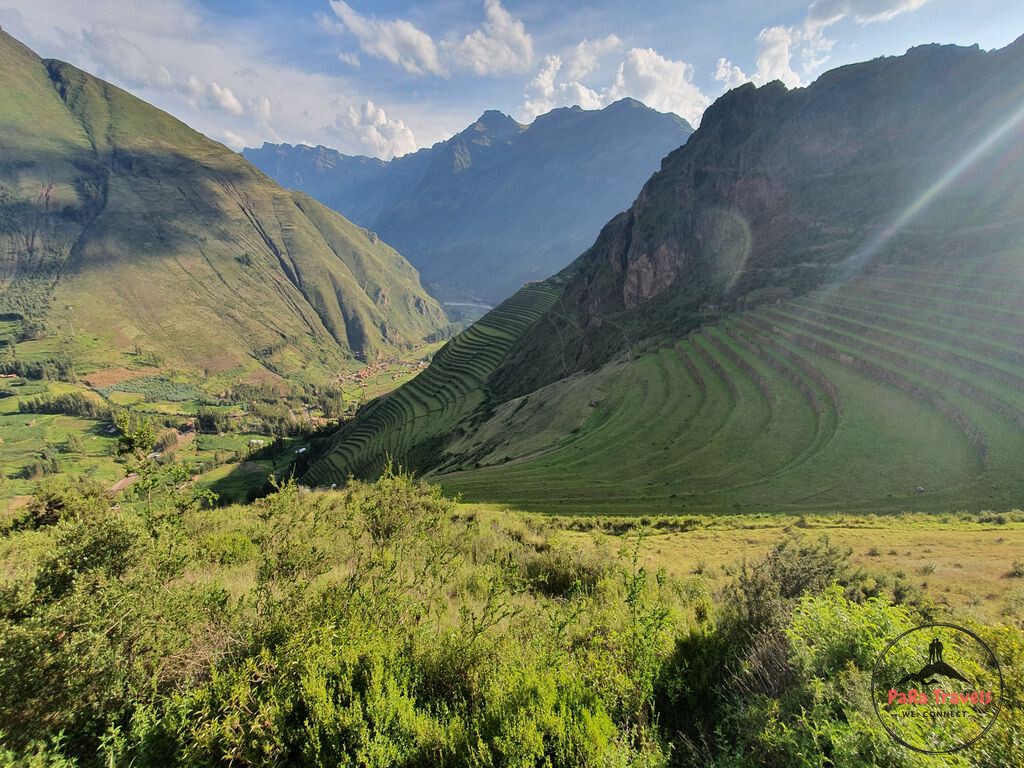 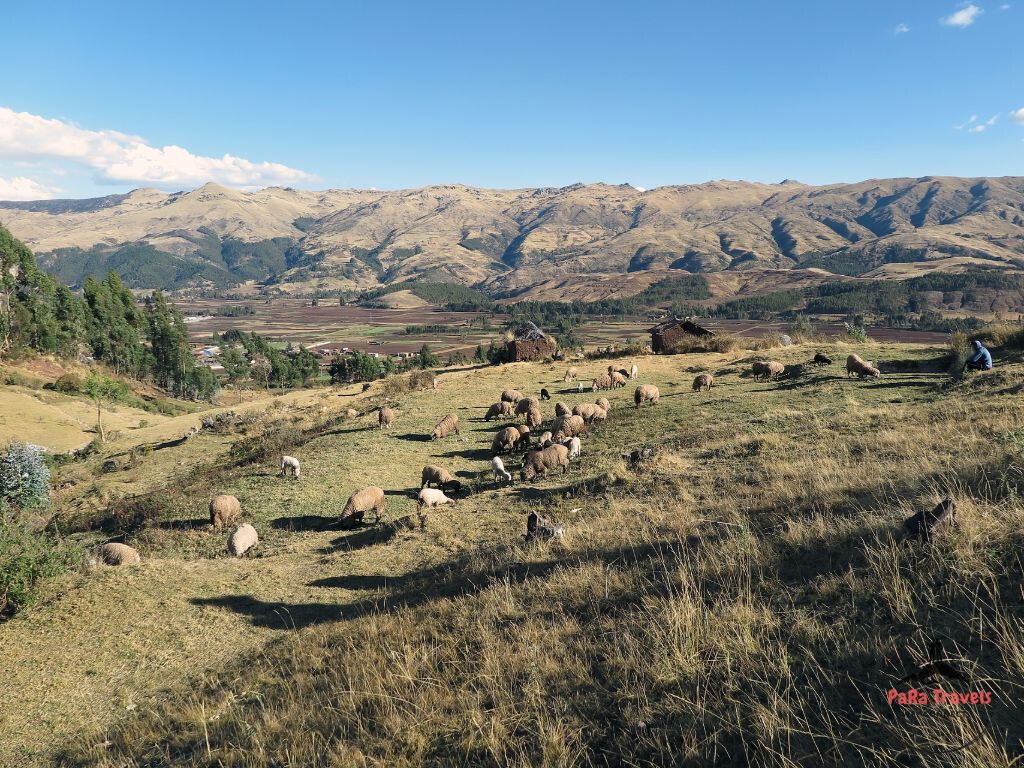 We pick you up from your hotel and take a 50 minute drive to the town or Cruzpata. First of all, we will have a safety briefing and 15 minutes of practice time on your own quad bike! We will visit Moray and take some time to see this Inca ‘’laboratory.’’ With its circular terraces it has a unique appearance. It was built for agriculture purposes, which can be seen to its irrigation canals. Most probably, the terraces where used for acclimatization and hybridization of wild plant species, as the temperatures varies on top and bottom of the terraces.

After visiting Moray we continue on our quad bikes to Ttiobamba temple. Here we park our quad bikes and take a transport bus to Salineras de Maras. Don’t forget to look out the windows while driving for 15 minutes in the bus, as we can see the two highest snowcap mountains named Veronica and Chicon.

Places that we visit
Included for you
Not included

* This has to be paid in cash during the tour

As we all know, the COVID-19 pandemic is still ongoing in many parts of the world, including Peru. You can read more information about the COVID-19 situation in Peru on our blog page.

COVID-19 rules change rapidly in Peru. Besides travel restrictions, this may also cause alterations to your tour itinerary. Information on specific tour pages may therefore be outdated. Make sure to ask whether any changes has been made to your tour due to COVID-19.